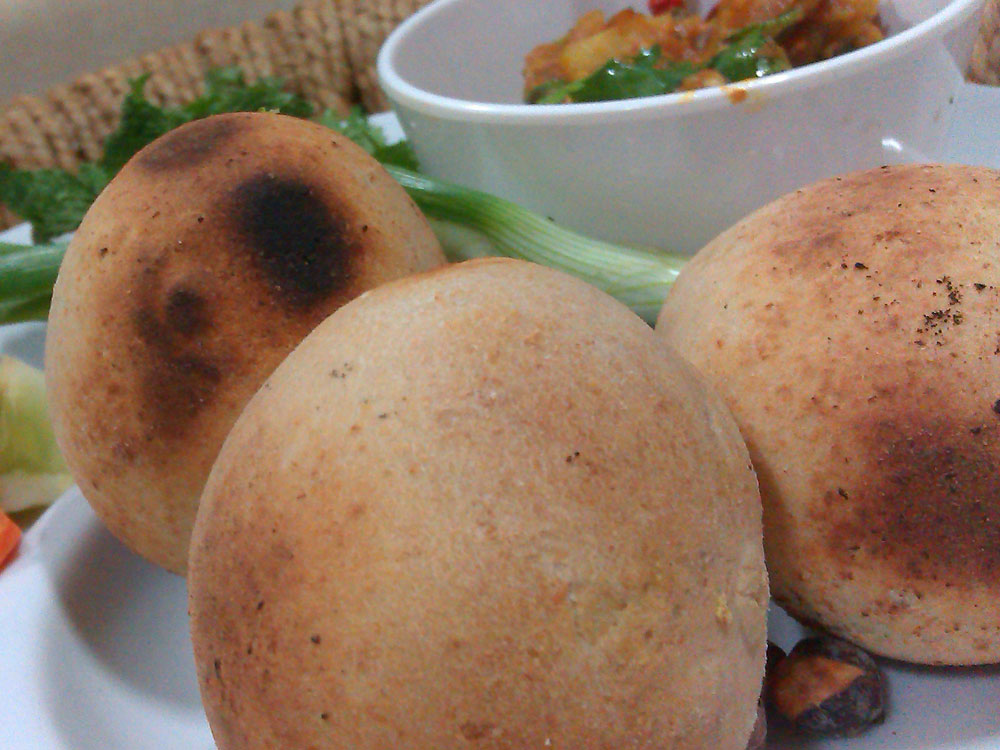 Previously this was a huge state which was recently divided in 2 states, as Bihar and Jharkhand namely. Bihar is the land of Lord Buddha & Lord Mahavir, land of Ashoka, the land of Chandragupta Maurya and Vikramaditya is also the land of Ganges. Magadha as it was known earlier has been a fertile land throughout with the mighty Ganga passing through this vast state. Once upon a time this was a culturally rich state, and still boasts about birth place of 2 religions (Buddhism and Jainism) which spread worldwide.

Bihar is famous for the Maithili Brahmins, who, it is said can eat a lot and eat heartily without any problem. To feed a group of Maithili Brahmins was a matter of pride once and this determined your position in the society!

The basic food is simple food consisting of bhat (Rice), dal (lentils), roti (wheat), vegetables and pickles. Sprouts soaked in water, with beaten rice and lotus seeds called Makhana is the favourite breakfast.  Sattu, fried and powdered gram, is another popular variety. Chidwa (beaten rice known as poha) and Murmura (puffed rice) with some sprouts and cut raw vegetables with spices and a dash of mustard oil is another preferred breakfast.

The Chokha Litti combination is well known all over India today as the healthiest and fastest prepared tiffin. The Bihari cuisine prefers smoking the food or its ingredients before cooking it. The Kachoris and the Dahi bhallas with Malpua are the favourite snacks. Basically vegetarian, the people from Bihar also have non vegetarian dishes. Fish is preferred as the state of Bihar has many rivers flowing through. Chicken and meat is also cooked widely with lot of Oil and spices. The Bihari Kebab are also famous and have a traditional way of cooking, different from the regular Kebabs cooked all over India.

The Bihari cuisine is savoured not only in Bihar, but also Jharkhand and in some parts of West Bengal and Nepal, as the state is bordered by these places.

People from Bihar largely have a sweet tooth! The delicacies like the Malpua and the Thekua are the specialties from Bihar, the Bihar people love to have sweets made of milk and condensed milk products.

Previous: Cuisines of North East India Up Coming Next: Cuisines of East India
Travelling in India is essentially about this fulfilling freedom. And we at Prakriti Inbound celebrate this face of travel. Explore India with Prakriti Inbound - a travel agency that understands India, and your urge to discover. Explore India Travel Packages or contact us for creating your unique India travel experience
View all our India Tour Packages
Arrange a call Back